Thoughtful Thursday - Things to be Grateful for

Tuesday, our next-door neighbor's house caught on fire.  Thankfully, no one was hurt.  The mom was home babysitting her young niece when everyone in the neighborhood heard what sounded like a gunshot.  She thought someone was shooting at her dog, a sweet-tempered black lab.  They weren't.  Instead, something either just outside their garage or inside it had caught fire and next thing that went was their gas line.  This caused an explosion that rattled homes much further down the block as well as those nearby.  I ran out at that point and my neighbor was yelling her house was on fire and that she'd called 9-1-1.  She'd gotten her niece and her Pekingese out, but her lab was hiding in their back yard somewhere, so I helped her call for and get Daisy out.  Daisy is now staying next door with us.  We have a large fenced-in yard, but no doghouse since all of our pets were inside animals. 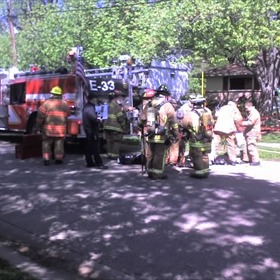 My neighbors are still not allowed in their house or their yard.  They have no clothes other than the ones on their backs, but their insurance company has already reached out to help them.  I spent most of yesterday comforting their dog who didn't understand why people were tromping through her yard, spraying water, ripping down walls and breaking windows.  The smoke was black and noxious and the firefighters had great trouble putting out the fire that continued to smolder under the roof.  My neighbor had called within seconds of hearing the first gunshot-popping sound, and the fire department is right around the corner from our street.  Even so, over two thirds of their home was gone before the firefighters were able to start getting the fire out.
Our street was totally blocked by emergency trucks and the news crews were out in force trying to get the story.  Sure enough, it was in the paper on Wednesday and on all the major local television stations Tuesday night.  Though the family kept saying they were fortunate no one was hurt, which they were, watching everything they owned go up in billowing, black smoke was still very difficult for them.  It could have been much, much worse but right now, they are living with their oldest daughter and trying to make sure their teenage son has everything he needs.

Most of the damage is in the back of the house, which isn't visible in the above photograph.  When I can, I'll take a picture from our yard and post it here at well.  I am grateful I was home at the time and able to help as well as offer moral support.  They came over and visited Wednesday, since they hadn't been able to see the back of their house and our yard offers an excellent view of the damage.  Most of the fire was located in the garage, the dad's office and the kitchen, but all of their windows had to be shattered and the ceilings pulled down before the fire was finally extinguished.  The end of their house farthest from ours is gutted.  You can see through what used to be the south wall of their home to the trees on the other side.
The things they had that weren't directly lost in the fire have most certainly been ruined by smoke and water, but they still don't know the full extent of the damage.  Even so, they have a supportive church group, wonderful daughters and neighbors who want to help, so they have much to be grateful for, as do we.
Posted by Kathryn R. Blake at 6:38 PM 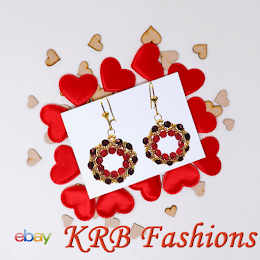