I recently read an article by Maria Mallory about the top six ways a writer procrastinates.  Guess what?  All of them involve social media, which means by writing this article I am procrastinating.  I'd like to say I'm surprised, but I'm not.  The six she listed are: 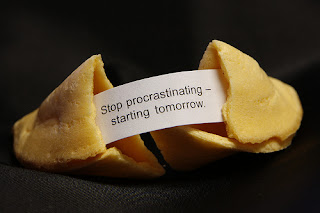 Now a few of those are writer related only, but Twitter and Facebook along with Google+ chew up and swallow the time of everyone who chooses to play in their sandbox.  Time that some of us should be spending doing other things.

Okay, as a writer, I'm guilty of all those listed above except Kindle Direct Publishing and Pub It, since I haven't yet ventured into self-publishing.  Although I do have a NovelRank account to track my Amazon sales.  However, I can't say I spend too much time ogling my sales numbers since they aren't very stellar at the moment, and I don't like getting depressed.

A great procrastination tool, which the author failed to mention, is Pinterest.  Also not specifically writer related.  I've visited and poked around, but managed not to fall prey to its enticements, yet.

E-mail is another evil, time-sucking vampire.  I spend way too many hours playing in my e-mail box, though I will admit most of what I'm reading are postings from the writer forums and Yahoo groups I've joined.  So, for my major time wasting activities, I'm an avid Triberr user, which counts as Twitter in my book, even if I am not directly viewing the tweets I've received.  Facebook, which I try to limit my postings to once a week.  Google+, which I should check once a week, but haven't so much as peeked in for a few months, and my two blogs where I currently do only 4 blog posts a week between them.  Even so, I don't spend as much time writing as I should.  So, now what? 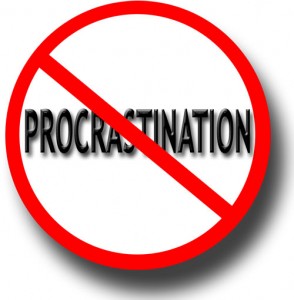 A week later, Mallory wrote another blog article on the six ways to combat procrastination.  What she lists is very good advice, except I know I won't follow it.  All the same, I'll share the list with you.

Disconnect your router - I'm not the only one using the Internet in our house, so that's not possible for me.
Turn off the phones - not a major time waster for me, so little point in doing something I'm simply going to have to undo a few hours afterwards.
Limit your music to non-intrusive instrumentals when you're writing - already do that, so it's not going to change anything for me.
Skip the household chores - What? I'm supposed to do housework? Who knew?
Enlist a writing buddy and/or timer - Just discovered "Write or Die," but haven't employed it yet, so that's still in the realm of possibilities for me.
Search out items that will inspire you to write - I tend to do this in my spare time, since I can get story ideas from the strangest places, like those little teasers you see on AOL's home page.

Most of these recommendations can be applied to anything you want to accomplish, not just writing.  Painting, needlework, even reading, if that's one of your goals.  So, although this article is directed toward writers, if you have a hobby or avocation that you just aren't getting to because of time wasters absorbing all your attention, maybe these suggestions from Maria Mallory will work for you, too. 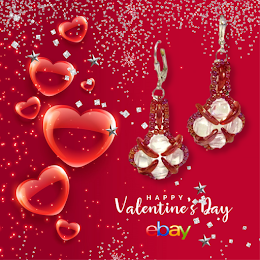